Help your kids learn the main prepositions in the English language with this free printable list of prepositions for elementary school students & teachers! 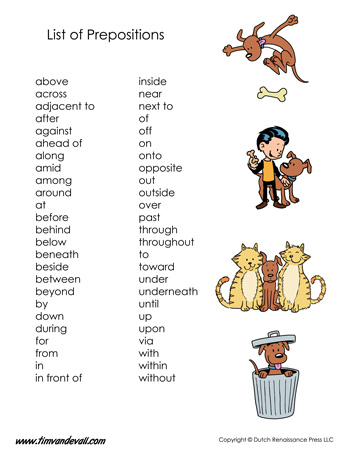 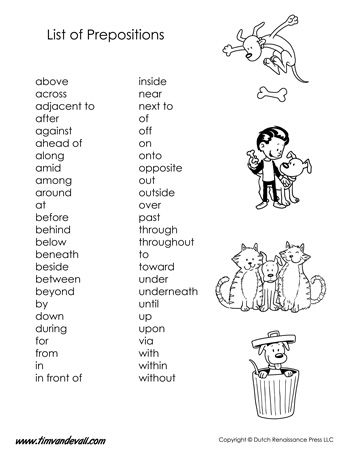 The following prepositions are included in the list above: above, across, adjacent to, after, against, ahead of, along, amid, among, around, at, before, behind, below, beneath, beside, between, beyond, by, down, during, for, from, in, in front of, inside, near, next to, of, off, on, onto, opposite, out, outside, over, past, through, throughout, to, toward, under, underneath, until, up, upon, via, with, within, without

I’ve also created this fun printable prepositions poster, titled “Prepositions and a Puppy.” Print it and hang it on your classroom wall, or give it to your students as a handout for learning these prepositions. 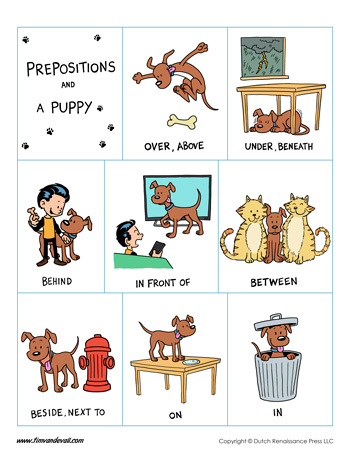