So ya wanna be a pirate, eh? Well, you’ve come to the right place! On this little quality internet island that lies among a sea of flotsam and jetsam, you’ll find one of the greatest printable pirate freebies there is: A professionally illustrated pirate hat template for kids. No pirate birthday party would be complete without this skull-covering beauty.

There are four paper pirate hats to choose from. The classic Captain Hook Hat, perfect for the captain of the party, the birthday boy himself! Then there’s Captain Kidd’s Cap, the blue hat for mateys of the captain who have been invited to the pirate birthday party. The third of these extraordinary pirate party supplies is the green hat of Davey Jones, an excellent addition to the pirate theme party. The fourth and final free pirate hat craft we have for you is the red pirate hat template of Long John Silver, the fiercest buccaneer the fictional world has ever seen! Take yer pick, or print them all. Click whichever ones yeh like to open a really large version of the picture to download, arg! Enjoy these pirate party hats, me hearties!

How to Make a Pirate Hat

These free kids crafts are rather easy to make. Here’s the supplies you’ll require:

Step 2. Open the hat image in an image viewing program. We’re on Macs over here, so we’re using Preview. 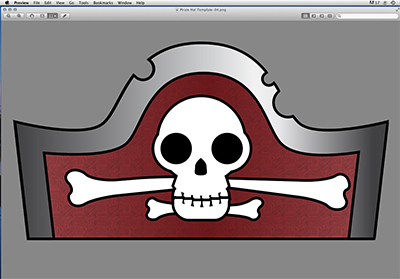 Step 3. Make sure your computer is connected to a printer. Go to File-> Print. Print 2 copies of the hat onto 8.5 x 11 Letter paper. 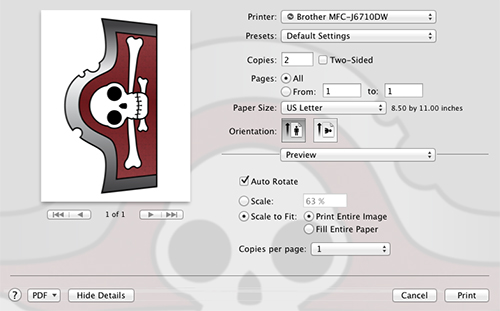 Step 4. Cut out the templates.

Step 5. On a larger sheet of paper, cut out two long ribbons of paper, about 2 inches tall. Staple them together to make one even longer ribbon. This will be the pirate hat’s frame.

Step 6. Staple the ribbons into a turban that is the circumference of your child’s head. 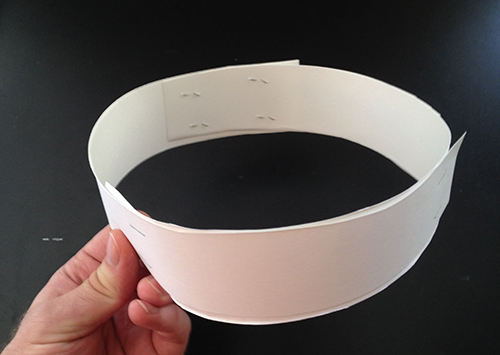 Step 7. Staple the cut out pirate hat templates to the frame. Congratulations, the pirate hat is finished! 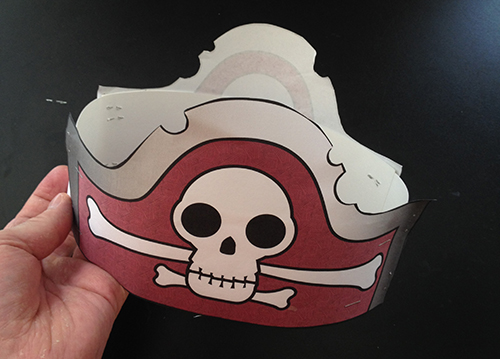 These Pirate Hat Templates were created by Tim van de Vall and are intended for personal use only. Commercial use is prohibited. All content copyright (c) 2013 Dutch Renaissance Press. Dutch Renaissance Press shall be in no way liable for anything you do with these printable pirate hat templates. Download, print, cut, staple and party at your own risk.