Learn all about Ancient Rome with this convenient Ancient Rome Timeline! From the founding of Rome upon a hill, to the Ides of March, and the murder of Julius Caesar, it’s all here. Whether you’re a student doing a report on Rome, a teacher looking for Roman History handouts for your class, or just a fan of Roman history, this timeline will provide you with the most important facts you need to know. 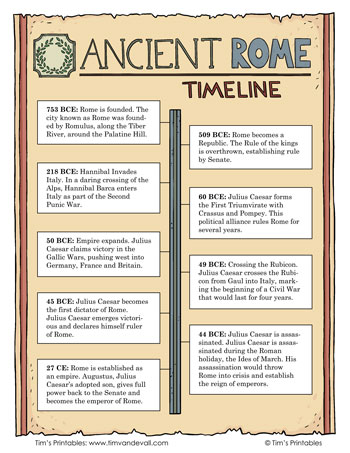 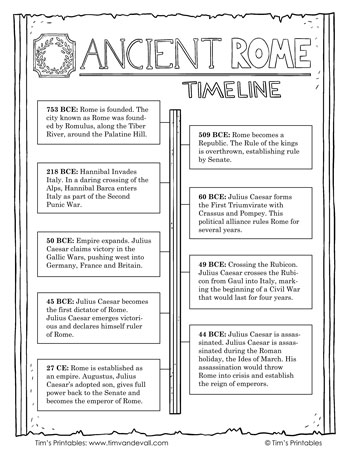