Man is destined for the stars, but what about the animals? If man is going, it won’t be long before the animals are coming along too.

And that’s the whimsical topic of these four printable coloring pages titled, “Animals in Space!” I’ll admit the scientific and educational value of these printables is limited, but they were a lot of fun to draw.

The first coloring page shows a great white shark flying over the International Space station. I thought this was an original idea, until I Googled “space shark” and found out this was also done in a movie called “Sharknado 3.” But those sharks weren’t wearing space suits.

The next coloring page I drew was the lunar rover rhino. Of the four drawings, this one turned out to be my favorite. 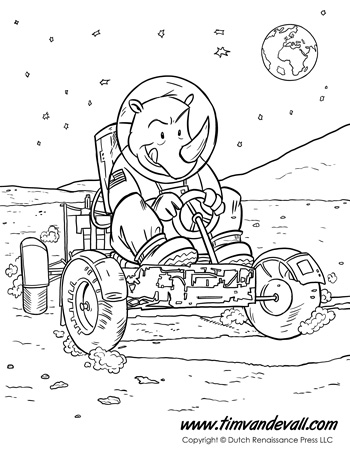 Here’s Buzz Aldrin with his Capuchin monkey. This is of course fictional, but humans do have a penchant for firing our distant cousins into orbit. In fact, the United State, France, Russia, Argentina, and perhaps even Iran have sent monkeys or apes into the space. Sadly, this did not always fare well for the primates. 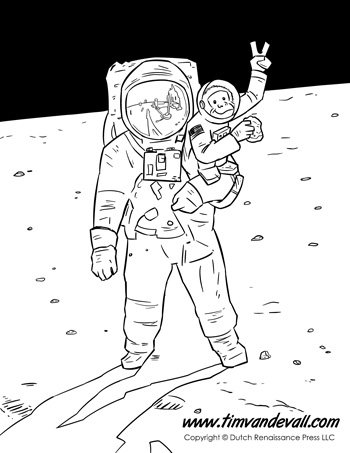 Since monkeys are usually small, they’re easy to fit into a space capsule. But what about a giraffe? This idea seemed so ridiculous to me that I had to draw it. 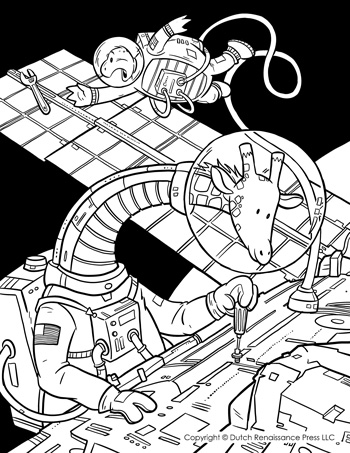 That wraps up this mini project. I hope your kids like the coloring pages. Feel free to print them for your home or for your classroom.