Teach your students about prepositions by downloading this free printable prepositions poster titled, “Prepositions and a Puppy.” Each scene in the poster depicts a chocolate lab puppy acting out on of the following prepositions: over, above, under, beneath, behind, in front of, between, beside, next to, on and in.

The characters depicted in the poster are characters from my weekly comic strip, Ergo. The dog’s name is McFluff, and the boy is named George Ergo.

Jump over the bone. Hide under the table during the thunderstorm. (My dog does this whenever the weather is bad.) Stand behind the human. Stand in front of the television. Sit between the two fluffy cats. Stand next to the fire hydrant. Stand on the table, and sit in the trash can.

Please click a preposition poster below. You will be taken to its download page in the printables library. 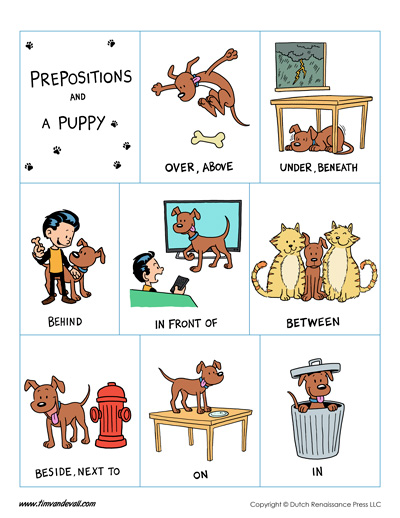 Here’s a black and white version. Print this version if your students enjoy coloring, or if you need to print a bunch of copies for your classroom and want to save your color ink. 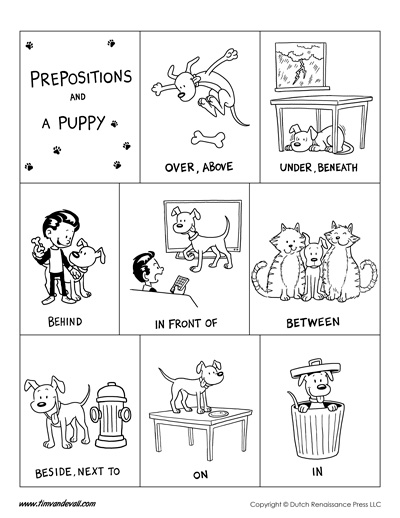