Looking for a printable shamrock template for a Saint Patrick’s Day art activity? Take a look at the free shamrock shapes below!

The second printable, a series of shamrock templates, is the black and white version of the first printable. Kids can color these templates with their crayons, markers or coloring pencils.

Each of the shamrock shapes in the above printables have light gray dotted lines around them, to guide your scissors as you cut them out.

The third printable is a large shamrock shape, which can be used as a decoration for the classroom or home.

The four printable is a large shamrock template in black and white. 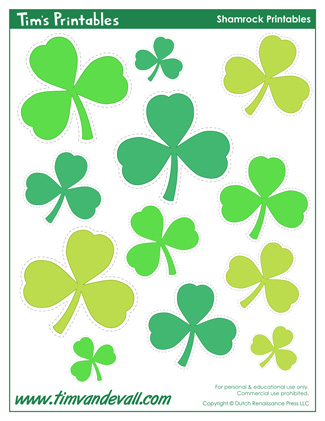 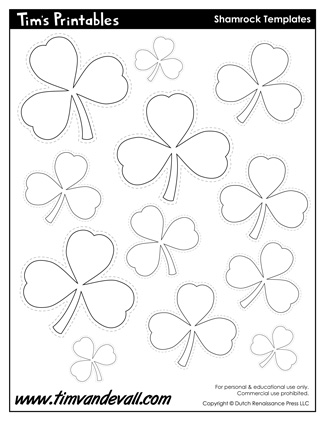 Some Fun Facts About Shamrocks

1. The word “shamrock” comes from the Irish word, “seamróg”, which means, “young clover.”
2. In the 5th century, Saint Patrick used the shamrock as a symbol for the Holy Trinity in Christianity.
3. The shamrock is used as a symbol of Ireland.