If your kids like enjoy art crafts and imagination, they’ll surely enjoy this printable Christmas cut and paste activity from Tim’s Printables. This charming PDF activity contains a set of characters for children to cut out, and a North Pole background for kids to paste the characters onto.

Just like the sticker books you might have had when you were a child, this activity will allow your young ones to imagine their own story scenarios. 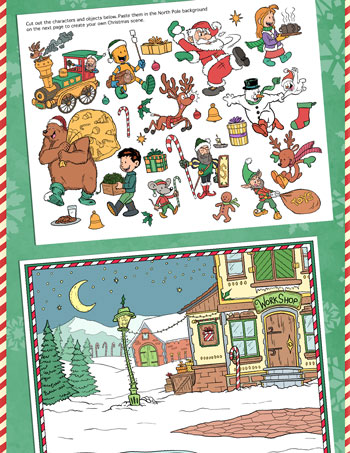 I’m gradually building a mythology of recurring characters throughout all the content on Tim’s Printables. Here are the names of characters. You may have seen some of them before in my Ergo comics.

Happy Holidays! If your kids enjoyed with activity, email me some photos of their finished work, and I’ll add it to this post:)